skip to main | skip to sidebar

Community membership is open to all Taino Tribal Nation Citizens regardless of home origin. Persons of Arawak and Carib ancestry are also welcome to enroll within the Citizen Registry of the iukaieke Guainia Taino Tribe or within the Taino Population Census and Inter-Tribal Registry of the United Confederation of Taino People (UCTP).


home page / página inicial
Posted by UCTP TAINO NEWS at 7:05 AM No comments:

The affairs of the Guainia Taino Tribe are administered by an elected Kasike and an elected Nitaino Council. As per the community's ratified Constitution, the elected leadership commits to a term of 5 years at which time community elections will be held to reaffirm the current leadership or vote in new leadership.


home page / página inicial
Posted by UCTP TAINO NEWS at 7:03 AM No comments:

Iukaieke Guainia is a living expression of traditional indigenous sovereignty with its home capital located on the island of Boriken. As a result of the island’s colonial situation, community members reside throughout the historic traditional territory as well as throughout the entire island and beyond into the Diaspora.
home page / página inicial
Posted by UCTP TAINO NEWS at 7:01 AM No comments:

Guainia (Guaynia) is the name of a traditional indigenous Taino territory that stretched along the southern coastal area of Boriken (Puerto Rico) extending to the interior of the island in pre-Columbian times. Comprising many villages - each retaining their own local leadership - Guainia was the largest of all the indigenous territories encountered on the island when Columbus arrived off its coast in 1493.

The principal Kasike (Chieftain/leader) of this territory was Agueibana (Agueybana) the elder, a powerful orator who was documented as being the most politically influential indigenous leader on the island. His home iukaieke (yucayeque/village) was said to lie close to the rio/river Guaynia. Many historians claim that the site of this village is located in the area of the municipality of Guayanilla while others claim it was in Guanica. The entire traditional territory however historically covered all or parts of present-day localities such as Cabo Rojo, Hormigueros, Lajas, San German, Sabana Grande, Guanica, Yauco, Guayanilla, Adjuntas, Peñuelas, Ponce, Juana Diaz, Villalba, Santa Isabel, Coamo, and Salinas.

Even beyond Boriken, Guainia or Guaynia as an Arawakan language term extended across the islands, and as far as South America. For example, the was a region called Guainia in Cuba recorded among the Taino of that island. The Organization for Indigenous Peoples of the Colombian Amazon (OPIAC), which represents 56 indigenous groups from six departments includes Guaynia. In the Orinoco region of Venezuela, a river known commonly as “el rio negro” was traditionally known by the Lokono Arawaks of Venezuela as Guaynia. 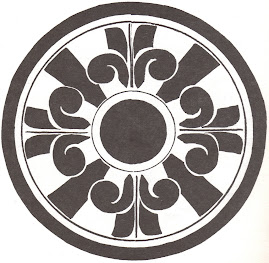 ABOUT US / Sobre Nosotros

The next Iukaieke Guainia Tribal Council meeting will be soon be announced...

The Voice of the Taino People Online